Teen Spirit - Do You Remember That Day?


I can, it still leaves me with chills looking at the savior of Rock Music! Standing there transfixed staring at the boob tube and for the first time in too long to remember, feeling like I was witness to a great musical moment! I didn't care what they called it! It was gritty and in your face in a way I hadn't heard sense "Dazed and Confused" by Led Zeppelin! It was good to feel that once again.
Posted by Unknown at Saturday, March 09, 2019 No comments:

Netflix has a true winner here with their new original movie, "Set It Up". Starring: Zoey Deutch, Glen Powell, Lucy Liu, and Taye Diggs. The writer Katie Silberman and Directer Claire Scanlon have created a wounderful RomCom that is a must see to view something new and trully entertaining!

OMG, I have not laughed as hard and often at a movie in too long. This short clip also has two other characters that just set this totally off; Leonard Ouzts as the UPS Guy and the scene stealer, Tituss Burgess as Creepy Tim!

Just great writting, directing, editing and of course acting! Get your but to Netflix and see it for yourself today! You will not be sorry!

Remember that game, puzzle thingee... "Where's Waldo?" It was in a lot of ways to me like life itself, always looking for what did not belonged, at least that's the way I would play the game! Burn Waldos' outline in my mind and scan those maps insearch for that shape... fun right!

On my way through time the game had taken on a differnt role in my mind... finding what didn't belonged took on different shapes and feelings. Not so much what could be easly seen maybe, but are there in scarry little ways that most today with their beady little eyes glued to devices that could very well be smater than they are that go unseen.

Now for some background; Los Angeles to my surprise being named the city of angeles has for itself many a fallen one now best decribed as madd, crazy, touched, or off their rockers. These fall into two general groups, those crack-heads, drunks, and the lost that heard that one could eat well on the Row who haunt the streets of downtown and those that live in the shadows of Hollywood. Now this latter group suffer manny of the same substance problems as the former group but bring an add quality hard to describe, a sertan... a je ne quoi that sets them head and shoulders above my beloved downtown verity!

Take 'Waldo' here, I was just out and about one sunny aternoon on a random Thursday heading home from shopping and... Wam! What does my eye spy but the cousin of "Leatherface" from "The Texas Chainsaw" or maybe the brother of the creepy guy from "The Hills Have Eye's", and the worst part was this sickening sinking feeling that he's out shopping too!! And no one seems to notice him but me and he has made me..! Come on buss, don't fail me now!! All you Yuppies, Guppies and Millennial Hipsters Puppies with those iPhones whatever are on your own! Just remeber, you may not get many bars on that device of yours from within a refrigerator!! What's that movie called again...? Oh yeah..."Get Out!!"

Email ThisBlogThis!Share to TwitterShare to FacebookShare to Pinterest
Labels: downtown, on the hunt, scary people, Waldo

Maybe this isn't the way we were told this truth but... till the end of time it will still be truth! There's this ancient book full of wonderful insight which inclides this thought, "Sweet is the sleep of the one serving, whether he eats little or much, but the plenty belonging to the rich does not permit him to sleep." -Ec. 5:12. What I got twisted is that this applies not just to the rich but to both the rich and poor! It is not about the idea of 'rich' but this point of 'plenty', maybr better stated as more than I need at this moment!

Strang to recall the clearity gained coming to Los Angeles without anything that could be mistakenly seen as a plan and ending up two blocks east hanging out at the Metro Station homeless two weeks later! As these long days grew into longer nights, what became painfully plain was the less I dragged with me the better off I was. I still feel the pain of making many lesser forms of a "Sophie's Choice" of what would stay and what I would let go of, leave behind... forever.

At the heart of this problem are the thoughts, "could I, should I, would I". Without this understanding all we end up doing; rich or poor, is dragging things/stuff behind us all our days in one way or another... creating one of the greatest burdens for ourselves all by ourselves!

It seems also the fix is just as hard as it is easy, all we need to do is to let go... and simply walk away from it not looking back. Ok now, who wants to go first!!

It's not like at times wrong to focus on oneself from time to time... but here in LA, we take it to a whole new level! Love this corner on my way to the downtown area Ralphs, where the fancy new, clean, and mostly young white demographic have moved in with a vengeance. It would be cool but for the coldness from this group!

Not really their fault truth be told, you might not know how it feels to have just about every homeless crack head hitting you up for a whole verity of thing at just about every stop... shell-shock to say the least. I mean it was never part of the campaign to get these young ones down here, "Live, Work, Play, Downtown LA" They just left out "Duck & Hide From the Homeless All Day!"

So how do we fix this! "I show don't know dude, can't you see that its all about me rite-now?" Now just maybe that's a bit too hard or maybe its our new standard. As "they" say, time will tell... it just feels like time is running out! 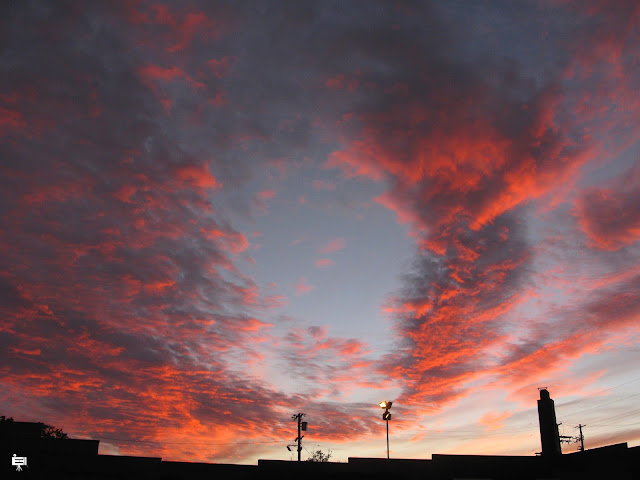